A Story of Messy Redemption and Kudos to Betrayed and Betrayer

I love receiving messages like this! It does my heart well to see the miraculous saving of a seemingly lost marriage. A marriage unraveling like a cheap sock suddenly transforms to strong and sturdy like the best merino wool. Are socks a good metaphor for marriage? :) At any rate, enjoy the ups and downs of the story of this sister. 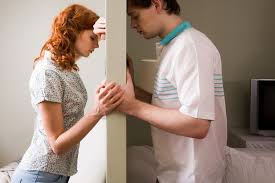 Hi there!  I want to apologize first if I ramble because there are so many thoughts in my head and things I want to say!  I'll start by telling you, I just finished reading your book and it has put a fire in me.  A good one.  It made me realize I was in line with some of my thinking, and my approach, and it made me realize and come to an understanding of my own bull.

You see, I am the betrayed.  But before I was the betrayed, I was the betrayer, but not in the physical sense...it was emotional, and I see the damage I did now.  For too long, I didn't allow my husband to feel wounded, bc I didn't want to lose control over something I thought I was in control of.  Your words, your story has helped so much.  I see my husband as a human, instead of the image I saw for so long.  I see where we both went sooo sooo wrong.  He and I are in the same industry, although my job is a day job, and he works/ed a million hours, and I put everything into the kids, so they didn't feel the loss of both parents, and so he didn't have to worry, and so he could be "free" to do what he wanted to on his time off, bc his job was too stressful.  We both forgot about US and that canyon got wider, and wider, and I had my set of ideas, that as kids got older, we'd reconnect, meanwhile, midlife hit and he went temporarily insane.

You see, the jezebel he became involved with, in 2015...we had a conversation about (she's not physically attractive at all..face or body) about how we both heard horrid things about her, and how she very publicly had an affair, and how she partied and smoked, and that she wasn't someone either of us wanted to have in our lives, closely.  Our circles are like a chain, in a circle, small town.  Yet, about a year and a half after that conversation, through f'n Snapchat, she was able to pick up on my husband's loneliness and she approached him with bait, he took.  He realizes it was just that now, and probably then, but he was in the right place to not care.

So, in September of 2016, their affair started...and I had no idea.  We even had talks of another friend, who was toying with that idea, and we conversed about how devastating it is to happen...anyway, towards the end of November and in December, I was really starting to pick up on those red flags...I threw some things out to him...hey, we need a date, hey, I'm feeling far away, I still am in love with you...and nothing.  He was just a Dick, unlike I have ever, ever seen him.  On Jan 1 I asked if he was talking to someone else, and I saw the change in his eyes, and he gave me the craziest answer, "I don't know what I want, maybe I'm just going through a midlife crisis", or something to that effect, and I just knew.  But without that hard evidence, I didn't want to accuse...So, on Jan 3, 2017, I wrote him a letter, telling him, I felt there was a distraction, let's get rid of it, fix us, etc, and he acted like he never read a word, then when I got home I made it impossible for him to avoid any further and I confronted and he admitted, and I hit him, but once that anger passed, I immediately felt like, ok, this is big, heavy shit, let's roll up our sleeves and figure it out.

He was gone for 9 days...and he made me think he wasn't with her, but he was.  Her, and her 2 children, while my 2 children suffered at his absence.  They were devastated and confused and it infuriated me....however, I was the tortoise...I tried to not attack her (who seriously moves a married man into her home, with her kids, while she is still married? regardless, if she's getting a divorce, now...and that didn't happen until after she started screwing my husband).

No matter what fault I took, or grace I showed him, I couldn't break through...I was the delusional one because I wanted my husband home and my marriage and family intact.  Without a ton of details, he came "home" on Jan 12...however, they started their affair again.  I didn't notice it until the end of Jan, but I did, and I let him lie.  I thought, this will burn out, just keep loving him, keep doing what you are doing, you are giving him the things he said he needed...he'll see you...and OO, it was soo, soo bad...it hurts to know, someone is lying to you about where they are, while you sleep alone and know exactly what they're doing.

However, it seemed like I was justifying....or being desperate to some, I just knew it wasn't "him"....We had almost 11 years of marriage, and he's going to give that up for 3 months, now 4, of sneaking around with someone like her?  TOTAL opposite of me...rotten heart.  I know, I'm judging, but I have not seen anything redeeming before this, or during, or after this...and when I confronted her, her attitude was smug and cold.

Long story short....it went on until April...he left again..and I told him I was done, that next day, I was filling out papers, and the next day, he went to the house to get some of his things and when he walked in, that switch flipped.  (You see, my prayers at that point focusing on Ezekiel 11:19...a definite marriage saver).  He called, and I heard he was different in his voice and asked, "what if we didn't do this", I told him I didn't know...but I listened to him...we talked for an hour...and it's funny because I never said yes, I just told him that if he meant what he said, he'd be home, before the kids and I and he'd have his ring on.  He did call me back after he told her it was over and, he was home before us, with his ring on.

Side note, as I suspected, she tried to contact him, even though he thought she was too high minded to, I said that's why she would...but he never saw it.  Again, it was cheap bait, just to try to sound like she was concerned for his feelings and to start a conversation with him.

Since then, generally when I'm PMSing...or when dates approach...dates are seared into my heart and brain...we have those conversations some have been soo good, but some, he feels like bc they're repetitive, he's feeling kicked.  He says he doesn't need me to beat him up, bc he does it to himself every day.  And, I do understand that.  The biggest thing is though, he IS doing everything he needs to be, he is understanding, he shows me he loves me and appreciates me and he messed up so badly.

Every day, we work on us, and to an extent, it feels like we are dating again...but, older and wiser.  My heart is just so full.
And today, I realize, I really need to forgive him, bc this whole time, I thought I did, but not fully.  I think the word, idea, of forgiveness, is overused, so the meaning is cheapened.  Like the word Love (we love everything, chocolate, football, summer, etc...is a person the same as chocolate, or more?).  And that's why people think you need to "forgive and forget".

You forgive your child when they draw on a wall, you forgive that driver for cutting you off, you forgive the waitress for forgetting to bring you ranch....and then, bc you've forgiven such unimportant things...you feel like it applies to everything, and it can't, bc offenses are not equal.   Forgiving a sin is much different than forgiving a bad driver, which should be a sin, but isn't.

Anyway, that's my condensed story...but thank you for making me accountable and facing my sin (and I did acknowledge that to him the other day), and thank you for opening my eyes.  Rather, I will thank God for using you two...and for His guidance to your book and his voice for telling me I needed it.  I haven't forgiven him, up to this point, the way I really need to, and it's a process, but I feel excited that I'm there.  I have nothing but love and admiration for him, and I don't like that he can go down that dark tunnel, but he won't, and I won't, bc we are working on us.  The new, improved, battle survived us.

Your sister in Christ

Betrayed and Betrayer: Rescuing Your Marriage After The Affair

Posted at 14:08 in Betrayed and Betrayer, Books, Stories of Healing | Permalink | Comments (1)