The only time I saw Michelle Walters she was prone with a small pool of blood by her head. We were both racing Ironman Boulder 2016. I don’t know exactly how her accident happened, but I do know I barely missed being in the same position.

We swam 2.4 miles to begin the race. Following that, the bike course took us east for a single loop of 20-25 miles before two larger loops to complete the course. After that single loop, we rode up Jay Rd and turned right on 36. That stretch is uphill. It’s not steep, but it is a 5-6 mile grind at lower speeds until reaching Broadway and 36.

At the light on Broadway, those of us who are better cyclists than swimmers are ready for some speed as we crest the hill and begin a descent. Others are ready to coast down the hill and rest their legs. The cones widened to include 2 lanes northbound so it was easy to pass riding 4 or 5 riders wide with one of the lanes and the shoulder. Soon the road narrows to one northbound lane and riders were only 2 wide on the shoulder with nowhere to pass.

I wanted to fly down the hill for momentum on the uphill, cruise the flat then fly down Neva Rd. But I was behind those riders coasting. I felt frustrated and caged in. Instinctively I considered in a split second how to escape the cage. 36 was the only option. I started to move left. I glanced over and saw a car bumper 18 inches away. Shit! A bolt of fear tinged with my mortality jarred my brain. It wouldn’t have taken much at all for me to have been caught under that bumper and tire. Exhale. Just coast. Just coast.

Less than a minute later a man was waving his arms over his head saying something like, “Slow down! There’s been an accident!” Soon the cyclists were split into two lines. I followed the left line out into 36. That’s when I saw Michelle to my right on the concrete.

I didn’t know if she was unconscious or what. I had a brief thought of stopping but others were already at her aid. Briefly, I thought of quitting the race. What is the point of this?! But I kept rolling. As I ascended the uphill the fully lit, screaming ambulance drove south to Michelle.

When I came back around for the second loop there was only orange tape instead of her body.

I want to remember Michelle, her child, her parents, and friends. Surely, this weekend, Ironman Boulder 2017 will be hard for them.

The Rest of My Day

To begin my day, on my fingers I wrote, Play, Gratitude, Beauty and RBW. I wanted my race to be filled with play, gratitude, and beauty. We are just at child’s play, swimming, biking and running. RBW was for my brother who died a couple years ago.

I played as best I could. I didn’t want to have any angry words with other racers even if, no especially if, I thought they had been angry with me in some way. I managed that. The beauty in Boulder County is easy to soak into my soul. I was grateful to be able to live and move and for all the support and encouragement from others.

I was and am grateful for:

So if you’re racing this year, be safe, have fun, enjoy God’s creation. It’s great to have goals and shoot for them, but know in the end, you’re at kid’s play, swimming, biking and running. 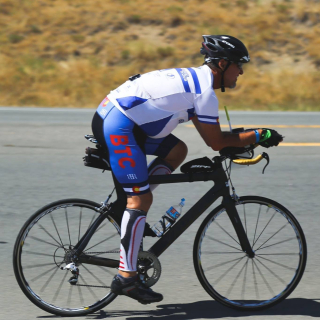