I'm looking forward to the upcoming release of the movie version of The Shack, March 3, 2017. Recently, noted writers, Hank Hanegraaff and Tim Challies published pieces sounding the alarm to stay away from the movie.

Hank went through some methodical arguments about what he views as the poor theology of the book and movie. Tim focused more on how the movie violates the 2nd Commandment and that he can't stomach watching humans pretend to be God. I don't remember Tim offering the same complaint about the Narnia movie where Jesus is played by a lion with the human voice of Liam Neeson. But I don't want to get into a theological argument with these two intelligent gentlemen. I don't want to do this because they are certainly entitled to their opinion. Yet, others have differing opinions about scripture and the nature of God.

It's really quite comical in one sense for us to argue about how exactly God relates as three persons. We have a bit here and piece there about it, but really, on a cosmic scale, we're pretty clueless.

I like The Shack because it represents one man's journey in relationship with God. One Christmas, through fictional narrative, Paul Young sought to share his story and experience with God with his daughters. That gift has now sold twenty million copies! These two white men, Hank and Tim, denounce it, white men who have grown up with white images of God, (Euro-Jesus anyone). In contrast,  Paul Young wrote about The Father as a Black woman, The Holy Spirit as an Asian woman and, gasp, Jesus as a Middle Eastern, Jewish man. I love the imagination of that. God can appear however God wants to appear. I can only imagine the freedom and joy of seeing God portrayed as persons of color that persons of color experience.

When the book came out I wrote about The Shack from a counseling/spiritual direction point of view. Here are the words from eight or so years ago.

I am especially fond of The Shack.  I devoured it like a delicious piece of homemade carrot cake (my favorite).  This parable by William P. Young, deeply moved me as I read about the healing journey of Young's alter ego, Mackenzie Phillips.

Mack is a man who struggles with shame, guilt, and anger with God.  Though the parable mostly takes place over a few days, it is grounded in Young's own brutal, beautiful, healing journey. I feel that many going through affairs will connect with the raw emotions portrayed.

The shack is a metaphor for that box inside our souls where we attempt to contain our shame and our story.  We lock it up and hope no one sees it because we have deemed it unacceptable and ugly.  We pray for God to remove it, but how can we remove our story?  It is part of us and can only, or rather can wonderfully, be redeemed.

As I read The Shack I connected with many of the emotions and pain that emerged as Ann and I lurched through the healing of our affairs.  You may too. 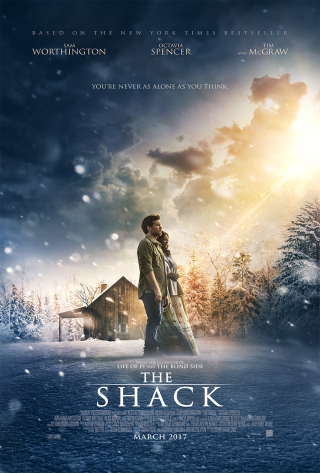