No Honesty, No Intimacy

As you talk, be honest. Ben and I shared other secrets that came to light after I revealed my affair. Ben had a couple of one night stands while we dated that he told me about previously; but there was a third relationship that went on for a semester or so that he concealed. Those secrets kept us from really connecting.

Secrets are like a watermelon you’re holding while trying to hug. They prohibit closeness and connection. 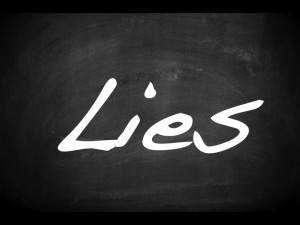 (Thanks, Becky Turner for the picture)

It wasn't just those big secrets that were important. Honesty in the little day-to-day emotions was essential, too. I had become a good and frequent liar. Lies became second nature to me. I could lie about anything and make it seem true. Shifting from hiding beneath the lies to exposing myself with the truth challenged me, but I had to learn so we had a fighting chance. Ben helped by keeping me accountable for my lies. He confronted me on the little lies and the big lies and reminded me that we couldn’t rebuild trust if I continued to be dishonest with any area of my life. Ben also helped by being honest, too, though it was indeed a process of growth for both of us.

Remember this pithy but profound saying: you can have honesty without intimacy, but you can’t have intimacy without honesty. If you don't have the depth of relationship you desire, take stock and see how many ways you conceal truth from your spouse. Get rid of the watermelons between the two of you, and be intentional about not keeping secrets large or small.

Now I get that sometimes honesty feels unsafe. Perhaps conflict doesn’t go well in your house. When conflict goes poorly, coming back just as open is scary. So learn to do conflict in a way that you are for one another. As you share your internal world remember that you are on the same team, the same side. It may not always feel this way right now, but the more you develop that mindset, that this is our deal not just his or her deal, the sooner you'll be emotionally intimate in ways that didn't seem possible at the chaotic genesis of this journey.

“Here’s what I want you to do: Tell the truth, the whole truth, when you speak.

Ask yourself, what have you been hesitant to talk about? Why is that? What important events or emotions (past or present) are you hiding?

Posted at 04:44 in Betrayed and Betrayer, Infidelity, Marriage | Permalink | Comments (0)