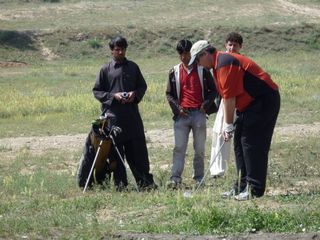 Started riding my hybrid that had mostly slept in the garage for a year.

Guys started talking about riding MS150. “You’re crazy. I could never do that.”

2013 June. First 70.3 Ironman Kansas 207lbs. Stormed like hell the night before the race and almost flooded the rented camper. Pee’d in a rented wetsuit.

Pee’d in my own wetsuit while swimming 2.4 miles in 92 minutes.

Kissed my wife in transition.

On the bike 6:22 for 112 miles in beautiful Boulder, Larimer and Weld counties.

Kissed my wife in transition.

Dipped and kissed my wife around mile 14. 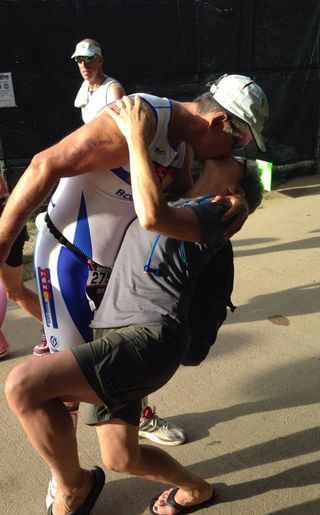 On 13th and Pearl I heard Mike Reilly say, “Ben Wilson…You are an Ironman.”

Kissed my wife again to celebrate our 29th wedding anniversary.

My daughter’s smile and pride in me is a gift I’ll hold tight forever.

Three days later told my story of going from Fat Guy to Ironman to a precious group of women in a weight loss support group.

My quads are still pleasantly sore.