Masters 2009: Kenny Perry proud despite not winning at Augusta

In a past life I played in the 1980 Western Jr. Golf Tournament at Purdue.  I was fortunate enough to play with Kenny Perry.  Coming down the stretch we were pulling for one another to keep it together to get into match play.  We both made it though I'm sure he went farther in the tournament than I did.  As he did with his golf.

He was great to play with  and is first class man.

He played great yesterday and stumbled a bit at the end.  Disappointing in being in it so long and not winning but he has a great perspective on what's important in life.  Below is a link to a review of the tournament and a picture of him with his son and father hanging out in Franklin, KY. 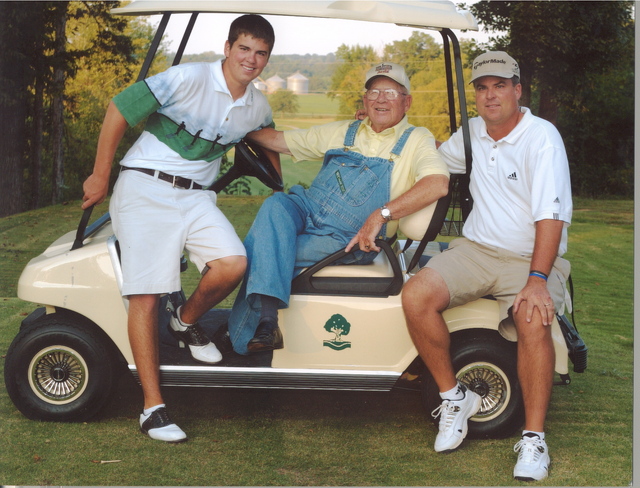